Registers of the Royal Academy of Sciences of Paris 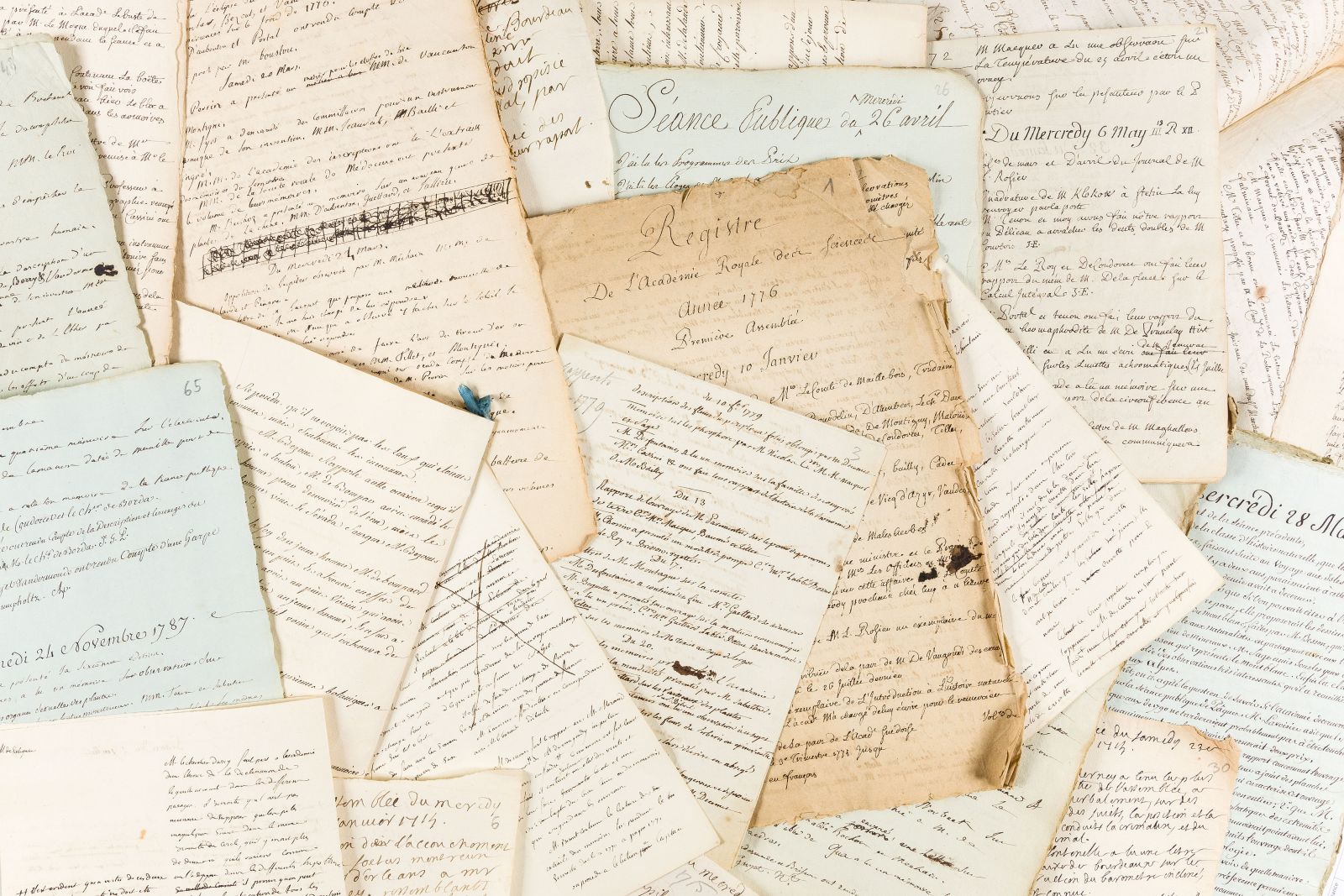 Article XL of the 1699 Regulations of the Royal Academy of Sciences of Paris provides one of the prerogatives of its Perpetual Secretary:

“The Secretary shall accurately record the substance of all that has been proposed, discussed, examined, and decided by the Academy, write it down in his register in relation to every meeting day, and insert therein the treatises that have been read ... and at the end of December of every year he shall provide the public with an abstract of his registers, or a reasoned account of the most noteworthy things done at the Academy.”

This annual register, also known as a Plumitif, was completed during the Academy’s two weekly sessions (Wednesdays and Saturdays). The Plumitifs of the years 1713-1719 and 1757-1793 have survived, sometimes in fragmentary form. They are kept at the Archives of the Academy of Sciences in Paris. Here below are the first (non-definitive) transcripts of these unpublished sources. They were done by Sara Nadal, a graduate of the Ecole Nationale des Chartes. Users wishing to help us amend them can use the correction(s) suggestion form.

Generally speaking, the text of the Plumitifs has been prepared in keeping with the same principles used for the other writings published on this site.

However, the Plumitifs are documents that were often written on the go. As they were thus written quickly, their punctuation is sometimes really sporadic, while lacunae and abbreviations are quite frequent, as are incorrect spellings of certain proper nouns or wrong accents. In order to make these documents easier to read, the following steps have therefore been taken:

- Punctuation has been restored before each mention of an academic decision (relating to the appointment of committee members, the assessment of a paper, etc). Otherwise, it has been only restored or corrected where absolutely necessary, in keeping with the principle applied to the other texts on this site.

- Wrong use of accents (e.g. “acadèmie”) has been actively corrected.

- Spellings of proper nouns have been corrected at the bottom of the page when they were thought to have strayed too far from the correct spellings.

- Only the meanings of abbreviations that are easy to understand (“Acad.e” for “Académie”, “c. a. d.” for “c’est-à-dire”, “Mr” for “Monsieur”, “S. M.” for “Sa Majesté”, etc.) have not been spelled out. Otherwise, the meaning of an abbreviation which is a hapax (in relation to all the Plumitifs transcribed) has been given in square brackets in the body of the text. The meanings of recurring abbreviations have been given below.

Finally, capitalisation of titles of works (other than periodicals) has been restored only when preceded by words such as “intitulé” or “nommé”.

As mentioned in our Text preparation principles, only recurring abbreviations whose meaning is not always obvious are explained below. These abbreviations are classified by writer.

- “D.” (before a first name and possibly surname): “Don” or less often “Dom” (this will be clarified at the bottom of the transcript);

- “Trans. philos.”: Philosophical transactions of the Royal society of London […].